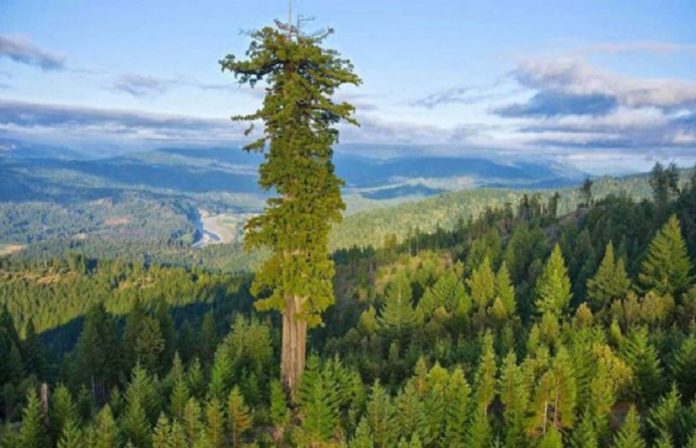 The world’s tallest living tree is located in the United States, but going there now can result in a $5,000 fine and 6 months in prison.

The management of California’s Redwood National Park has said that the tree named ‘Hyperion’ within its boundaries is facing serious environmental threats from adventurers as a large number of people have been arriving here since 2006 despite the lack of a road and the tree. is affecting That is why strict restrictions are being imposed on going near it now.

The redwood tree is approximately 116 meters tall and is named after a Greek god. It is located far inside the park where no paved path leads and is surrounded by greenery. Yet people are coming here. Tourists go ahead cutting the greenery to see it, causing double damage to the environment.

YouTubers, bloggers and others have piqued people’s curiosity by providing its details and location, and people are reaching here at the expense of the environment. Here people have to think whether they are making the environment a friend or an enemy.

Seeing the child in trouble, Hathani fainted from shock

The doctor who has four million fans

New record for identifying 40 US presidents in a short time

The ATM machine started pouring money, the citizens were happy