Balochistan Chief Minister Abdul Qaddos Bizenjo has decided to hand over the plane to the Azad Kashmir government out of goodwill.

According to the statement, the Chief Minister in a meeting with Azad Kashmir Prime Minister Rana Tanveer Ilyas announced to provide the aircraft. He said that the ship was an expression of goodwill for the people of Kashmir. 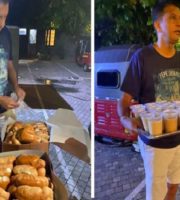 Official martyred in exchange of fire with terrorists in North Waziristan