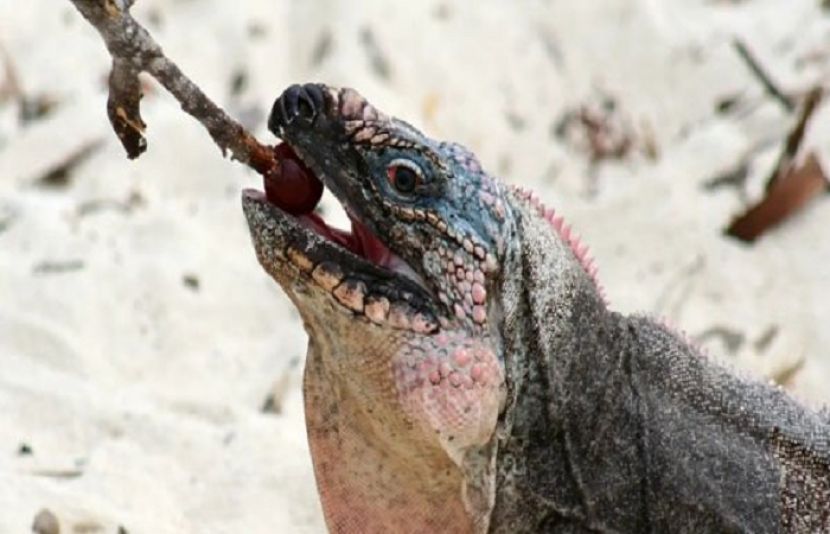 Aguana lizards found on beaches are becoming diabetic due to tourists. This is because tourists are feeding them more grapes than they need on a daily basis, which raises their blood sugar levels.

Heavy Aguana lizards are common on the islands of the Bahamas. Tourists come to see them in a tight security environment. Tourists started feeding them grapes because earlier scientists had suggested that these lizards should be fed grapes instead of bread.

Experts have also provided precautionary measures for feeding grapes, that is, they should be fed by planting grapes on wood, otherwise some sand may get into their mouths. Many lizards have elevated glucose levels. It should be noted that this rare animal has already been included in the red list of the International Union for Conservation of Nature (IUCN). Now unhealthy behavior by tourists can further endanger their survival.

According to research published on lizards in northern Bahamas, lizards that reach tourists have higher levels of glucose in their blood than lizards away from humans. In addition, eco-tourism has brought these dumb lizards under stress and pressure, which can be dangerous for their survival. Even if tourists scatter rubbish, they get into their stomachs and cause many diseases.

Most importantly, some lizards have lost or completely lost their ability to control blood sugar. However, the next study will look at their physical effects.

Monkeypox is transmitted from humans to animals