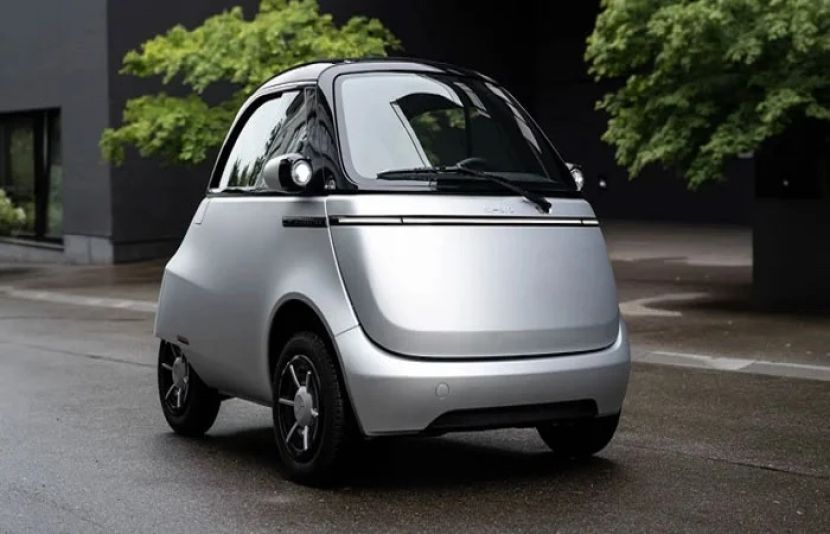 Don’t like to ride a 2 wheeler but want a car?

If so, you’ll love the Micro Leno, a combination of a motorcycle and a car.

This small electric car manufactured by a Swiss company, Micro Mobility, has not been officially introduced, but it is still reserved by 30,000 people.

This car has only one door and the company has also described it as a combination of motorcycle and car.

Its size is definitely less than a conventional car but the features are the same as the car while the option to increase the storage will also be available.

This car weighs only 535 kg and can carry 2 people.

On a single charge, the vehicle will be able to travel up to 230 kmph (depending on the version you have) at a speed of 90 kmph and it has been declared as ideal for traveling in cities.

According to the company, on average usage, this vehicle will not need to be charged for a week.

It has been dubbed the Class L7E vehicle, meaning it is technically a quad bike but is designed as a compact vehicle.

The company claims that it is the most stable vehicle to withstand the harshness of all seasons.

The car will first be offered for sale in Switzerland, followed by other countries.

Previous articleEven if a commission is formed on the statement of external conspiracy, Imran Khan will not accept the decision: Khawaja Asif
Next articleAfter the rise in petrol prices again, there was a storm of memes on Twitter
RELATED ARTICLES
Technology