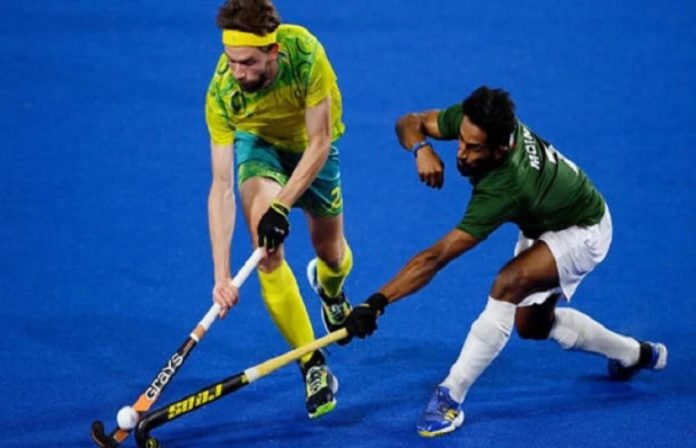 The Australian hockey team defeated Pakistan by seven goals in the last group match and eliminated them from the race for medals in the Commonwealth Games.

At the start of the game at the University of Birmingham Hockey Centre, Pakistani players looked quite aggressive and took three shots at the opponent’s goal post in the first 8 minutes but could not convert these attacks into goals.

Blake Grovers gave Australia the lead in the twelfth minute, while Jeremy Hayward made it 0-2 in the 19th minute of play in the second quarter, after which the Kangaroos stepped up the game and launched successive attacks. But the Pakistani goalkeeper persisted.

The second quarter ended with Australia leading 0-2, Jeremy Hayward scored another goal in the third quarter, Tom Wickham made it 0-4 just 2 minutes later. Wickham scored his second goal and the team’s fifth as the fourth quarter began. Jacob Anderson scored his sixth and Nathan Ephraims scored his seventh.

Pakistan was out of the medal race with a 0-7 defeat. Pakistan hockey team finished fourth in the group and will now face Canada for the seventh position in the tournament.

Pakistan team could win only one out of four matches and one draw in Commonwealth Games 2022. Pakistan team scored 6 goals in the tournament while 15 goals were against them.

Previous articleHow does green tea control diabetes and inflammation? New research has come out
Next articleArmy chief contacts Saudi Arabia and UAE officials to get loan from IMF to Pakistan
RELATED ARTICLES
Sports

When will India and Pakistan fight? Schedule continued