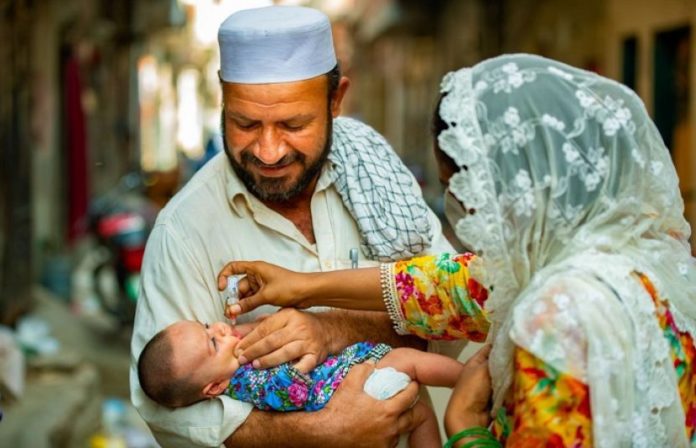 The polio virus is not limited to the districts of Khyber Pakhtunkhwa, but environmental samples taken from 7 cities including Islamabad have tested positive, indicating the presence of the virus in major urban centers.

The virus was also reported in sewage samples collected after a gap of 16 months from Islamabad and Lahore, after both cities were declared polio-free in March 2021.

On the other hand, in a statement, Federal Minister for Health Abdul Qadir Patel said that the government is determined to eradicate the virus and has prepared a strategy to achieve its goal.

He said that we are taking measures to control the virus in the seven cities whose environmental samples have come positive, I appeal to parents to give polio drops to their children during every anti-polio campaign.

The federal minister requested the cooperation of civil society, religious scholars and media to raise awareness against the virus.

Abdul Qadir Patel said that since the beginning of this year, 14 cases of polio have been reported in Khyber Pakhtunkhwa, of which 13 were reported in North Waziristan and one in Lucky Marwat, so the government decided to start an anti-polio campaign in the province from August 15. While the nationwide campaign will be launched from August 22.

Under the supervision of the Provincial Health Department, sewage water samples were collected from 58 locations across the country on a monthly basis and tested at the Regional Polio Reference Laboratory established at the National Institute of Health in Islamabad.

If the poliovirus is found in the sewage water, the sample is said to be ‘positive’.

Moreover, the presence of the virus in the sewage also indicates that children in the area have weakened immunity and are at risk of contracting the disease.