In Hunza district of Gilgit-Baltistan, floods caused by melting of Shashpar Glacier destroyed Hassanabad and also affected many houses.

Gilgit-Baltistan Tourist Police confirmed the incident and said that the traffic had been diverted to Sas Valley Road.

Footage released on social media shows that part of the Hassanabad bridge was completely destroyed by the floods.

Hunza Superintendent of Police (SP) Zahoor Ahmed said the glacier had started melting on Saturday due to the heat, which resulted in floods and the bridge was destroyed and unusable.

#Shishper glacial lake outburst flood in #Hunza has damaged an important bridge on #KKH at #Hassanabad.

The light transport / traffic has been diverted to alternate route on SAS Valley Road but heavy transport vehicles are not allowed.

He said that the tourists are facing difficulties but they have been provided alternative route through Ganesh and Murtazaabad.

He said that tourist police was also deployed at various places so that tourists would not face any difficulty.

The SP said that the people living near the drain have been shifted to safer places and the entire administration including police and rescue services are on high alert.

Gilgit-Baltistan Chief Secretary Mohi-ud-Din Ahmad Wani said that the National Highway Authority (NHA) and Frontier Works Organization (FWO) had given full assurance that the restoration work of the bridge would be completed as a matter of urgency.

He said that for immediate restoration of Hassanabad Bridge, Home Secretary Gilgit-Baltistan Iqbal Hussain Khan, Commissioner Gilgit and Deputy Commissioner of concerned districts have been instructed to take immediate steps for smooth flow of traffic and reach of passengers. Get rid of clutter quickly.

According to the office of the Chief Secretary, besides providing petrol and other essential necessities to the tourists, rehabilitation and ration arrangements are also being made for the affected families.

The statement said that two power plants of Hassanabad were also swept away in the floods.

The number of glaciers in Pakistan is high, Sherry Rehman

Climate change minister Sherry Rehman warned in a statement that there are many dangerous areas in Gilgit-Baltistan and Khyber Pakhtunkhwa.

A few days ago @ClimateChangePK had warned that Pakistan’s vulnerability is high due to high temps. Hassanabad bridge on the KKH collapsed due to GLOF from the melting Shisper glacier which caused erosion under pillars. Am told FWO will have a temporary bridge up in 48 hours. 1/2 pic.twitter.com/Sjl9QIMI0G

He said that Pakistan has a large number of glaciers outside the polar region and many of them are melting due to rising temperatures.

Sherry Rehman had earlier warned provincial disaster management officials and the Home Department that rising temperatures could lead to melting of glaciers and floods in Gilgit-Baltistan and Khyber Pakhtunkhwa.

Foreign Minister Bilawal Bhutto Zardari had also said that the melting of glaciers was a matter of concern.

He said a concerted effort was needed at the international level to tackle climate change.

He said that the situation arising out of the eruption of the lake on Sheshapar Glacier needs to be dealt with on an urgent basis.

The Foreign Minister had said that the government should ensure that the local population was not harmed in any way and that the land routes should remain open. He hoped that the administration would ensure that ordinary people and tourists would not face any difficulties.

Shehzad Shugri, director of the Gilgit-Baltistan Environmental Protection Agency, said that climate change has accelerated the melting of glaciers in the region and posed a threat to the population. 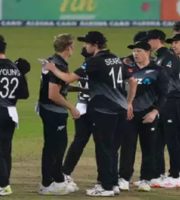 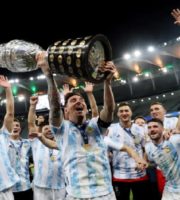