Prime Minister Shahbaz Sharif has said that how long will China and Saudi Arabia continue to help us? We have to stand on our own two feet, all the conditions have been agreed with the IMF, if no new condition comes then the agreement will be done soon.

Addressing the PML-N senators, he said that in the current situation, you have been called to take them into confidence. But now the allies have unanimously decided that the government should complete its 14-month term.

The Prime Minister said that Imran Khan laid landmines for the new government, the previous government did not provide any funding to reduce the price of petrol. Important steps will have to be taken to improve the situation.

He said that God changes the condition of the people who are ready to change their condition. This nation has been enriched by Allah Almighty with abundant natural resources. It is not the fault of the leadership but of the leadership.

He said that the previous government had agreed with the IMF to increase the petroleum levy by Rs 30. Imran Khan’s government emptied the coffers by giving billions of rupees in subsidies and benefited the cartels.

The Prime Minister said that first is the state and then politics. If something happens to the state then politics will not last. The previous government wasted the time and resources of the nation. Have to raise prices.

He said that whatever agreement is made, it has to be accepted or not, today the IMF says how can we trust you? The agreement that the previous government made with us has not been implemented.

Shabhaz Sharif said that I will not misrepresent the nation and speak the truth, I will not deceive the nation at all and I will not say that we will pour milk and honey canals, bring billions of dollars to Pakistan and create a new Pakistan. Yes, we will build Pakistan with the old Quaid-e-Azam.

He said that almost all the conditions have been agreed with the IMF, if no new condition is imposed then the agreement will be reached soon but will the IM agreement result in inflation overnight? No, we have to strengthen our financial system, we will be helped by trade with Islamic countries, but it is our responsibility and the responsibility of our institutions to work day and night and sacrifice our desires. As the country moves towards prosperity, difficulties are yet to come. We will have to make decisions apart from ourselves.

Shahbaz Sharif said that the previous government also angered China. Where is the wisdom in angering friendly countries? Is this the new Pakistan? You get help from China and make accusations against it. 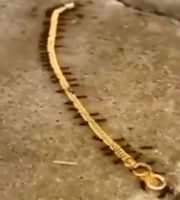 Medical Application For Determining The Age Of Dua Zahra Rejected