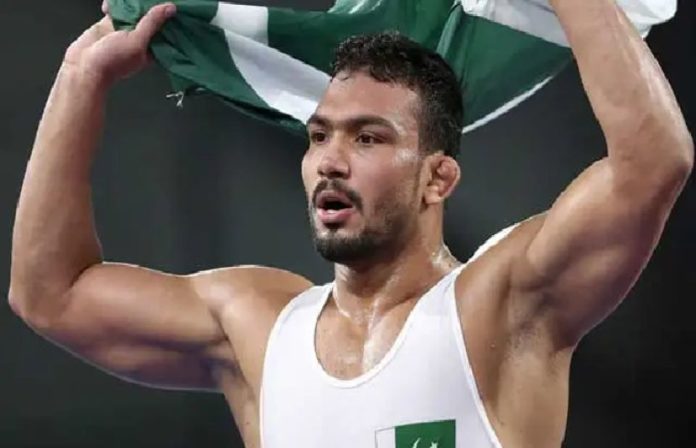 National wrestler Inam Butt dedicated the silver medal he won at the Commonwealth Games to the victims of the Lasbela helicopter crash.

Inam Butt said in his message that thanks to all of you for your prayers and support, I am grateful to Allah who awarded the silver medal, I name this medal to the officers and soldiers who were martyred in the Balochistan helicopter accident.

It should be remembered that earlier Inam Butt had said in his message that our training is not according to international standards but still won the silver medal, that is a lot.

Inam Butt, who won the silver medal in the wrestling event of the Commonwealth Games yesterday, was defeated by an Indian competitor.

It should be remembered that on August 1, a helicopter of Pakistan Army crashed in Lasbela, as a result of which 6 officers and personnel including Corps Commander Quetta and DG Coast Guards were martyred.