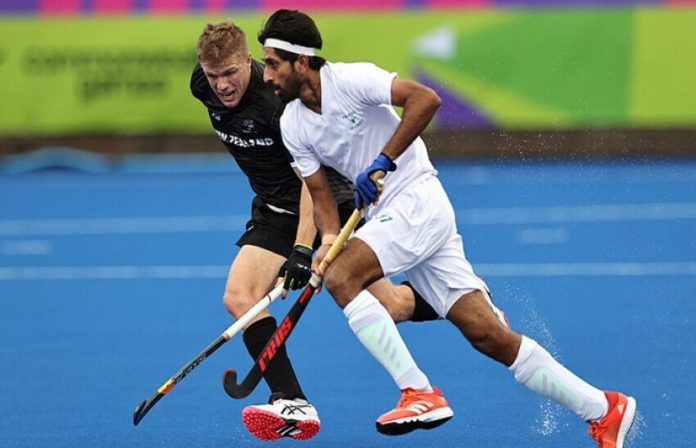 In the Commonwealth Games, the Pakistani hockey team was defeated by New Zealand by 4 goals against 1.

In the second match of the event in Birmingham, team Pakistan played well in the first quarter against New Zealand and the match was goalless but when the second quarter started, the Kiwi team dominated.

The Kiwis continued to dominate in the third quarter and Thomas made it 1-3 while Len Sam scored another goal in the final minutes of the match to give New Zealand a 1-4 victory.

In the event, the Pakistan team has managed to get only one point after two matches and after this defeat, it became difficult for the green shirts to reach the semi-finals.