Nuh Dastgir But gave the victory to Malik and his father 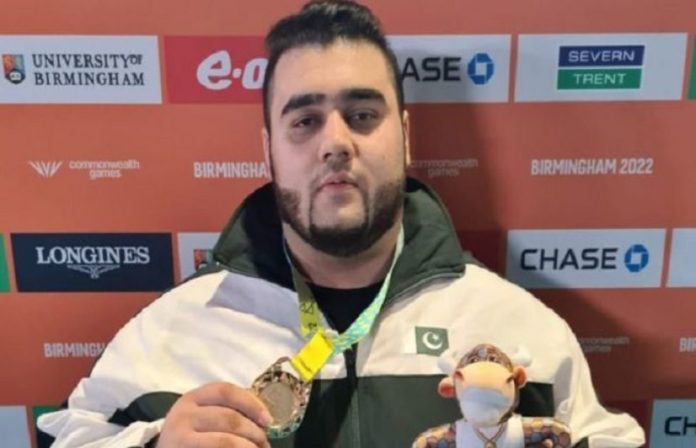 Talking to the media, Pakistani weightlifter Noah Dastgir Butt, who won the gold medal in the Commonwealth Games, said that I dedicate today’s victory and the gold medal to my country and my father.

He said that father has worked hard for 12 years for my gold medal and therefore I dedicate this medal to him.

Noah Butt said that I thank all those who prayed for me, I did not expect that so many Pakistanis would come to support me.

It should be noted that in the weightlifting tournament of the Commonwealth Games in Birmingham, UK, Pakistani weightlifter Muhammad Noh Dastgir Butt won the first gold medal for Pakistan by lifting 405 kg. Noah Dastgir lifted 173kg in the Snitch, while 232kg in the Clean and Jerk.

Noah Butt has also won a bronze medal in the previous Commonwealth Games while Noah Butt won the gold medal in the 109 kg category.