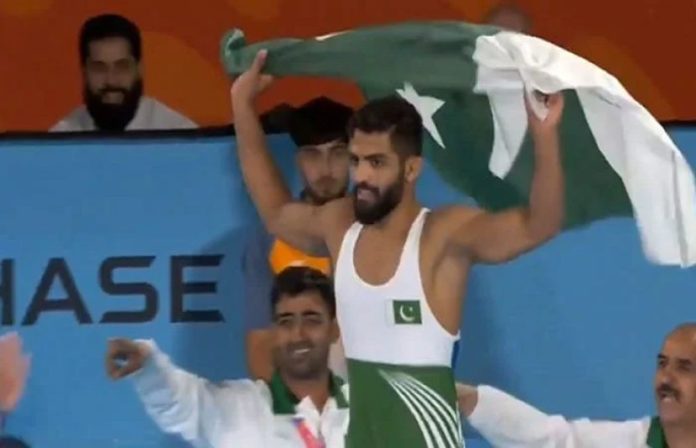 Pakistan’s total medal tally at the Birmingham Commonwealth Games now stands at six, including only one gold medal.

In the final of the same category, India’s Ravi won the gold medal by defeating the Nigerian player.

Previous articleAfter 3 months, electricity prices will decrease, Miftah Ismail assured
Next articleIf Imran Khan wins from all 9 constituencies in the by-election, how much will be spent on re-election?
RELATED ARTICLES
Sports

I don’t understand why I was dropped from the team: Emad Wasim

In the Galle Test, Pakistan needed 120 runs while Sri Lanka needed 7 wickets to win on the fifth day