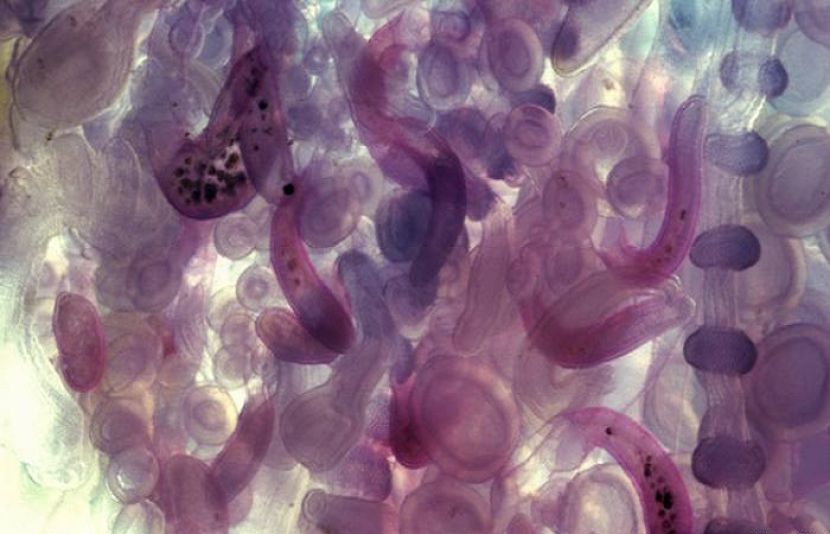 Experts have discovered parasitic worms that can kill cancer cells.

These insects, called nematodes, were discovered by Osaka University in Japan.

These parasitic insects require a hydrogel coating to kill the cancer cells so that they can deliver the cancer-killing material to the affected area. The researchers said that these insects sense the ‘smell’ of cancer and attach to the affected tissues.

“After discovering this process, we wondered if it could deliver the drug to the cancerous cells inside the human body,” he added.

For this purpose, the researchers coated the insects with hydrogel to protect them from the cancer-killing material and to deliver the material to the affected area. The results show that this procedure can work and the whole process takes 20 minutes to complete.

According to the researchers, the results were very clear and the hydro gel did not harm the insects, but rather they increased the smell and chemical signals of cancer.

In the next step, the researchers applied anti-cancer drugs to the insects.

The material is usually harmful to such insects, but the hydrogel coating acted as a shield, and researchers discovered that it could kill cancer cells.

“Our discovery suggests that these worms could be used to target cancer cells in the future,” he said.

He said that with their help, not only can drugs be delivered to cancer-affected cells, but it can also be beneficial for other fields.

Research in this area is currently in the early stages and there may be several challenges in finalizing it.

One challenge is how to control these pests, but researchers hope to find an effective solution in the future.

The findings were published in the journal Science Direct.

Previous articleSpeaker rolling self notice case; The dissolution of the Assembly affected the basic constitutional rights of the opposition and the people, the Supreme Court said
Next articleWho will be responsible for hosting the Asia Cup?
RELATED ARTICLES
Health Tips