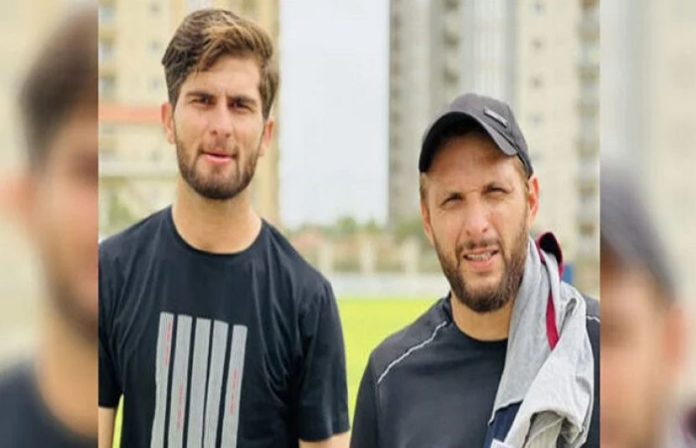 National cricket team fast bowler Shaheen Shah Afridi worked out in the gym with his father-in-law Shahid Afridi and described the experience as unforgettable.

Shaheen Shah Afridi, the famous bowler of the Pakistan cricket team, who has shocked the world with his fast bowling, worked out in the gym with his father-in-law, former captain Shahid Afridi, and described this workout as unforgettable.

Shaheen Shah Afridi shared a picture with his father-in-law Shahid Afridi on social networking site Twitter and captioned the picture, ‘The real fun of working out starts when you hit the gym with Lala. .’

It should be remembered that Shaheen Shah Afridi’s relationship has been established with the daughter of the legendary all-rounder Shahid Afridi, who has given sixes to good bowlers with his batting in the world of cricket, which has also been confirmed by both families.

It should be noted that Shaheen Shah Afridi wears his future father-in-law Shahid Afridi’s number 10 shirt in the playground and the reason for this is his love for Shahid Afridi.

Fast bowler Shaheen Afridi while narrating the story of his number 10 T-shirt said that earlier the number of the shirt was 40 but I wanted to get the number 10 because Lala (Shahid Afridi) uses this number and he has been my friend since childhood. Favorites are I wish I got 10 marks and Afridi name written on it.

Previous articleHe did not bathe for two decades, yet remained respectable
Next articleThe army aviation helicopter is missing, important personalities were on board including Korka Commander Quetta
RELATED ARTICLES
Sports