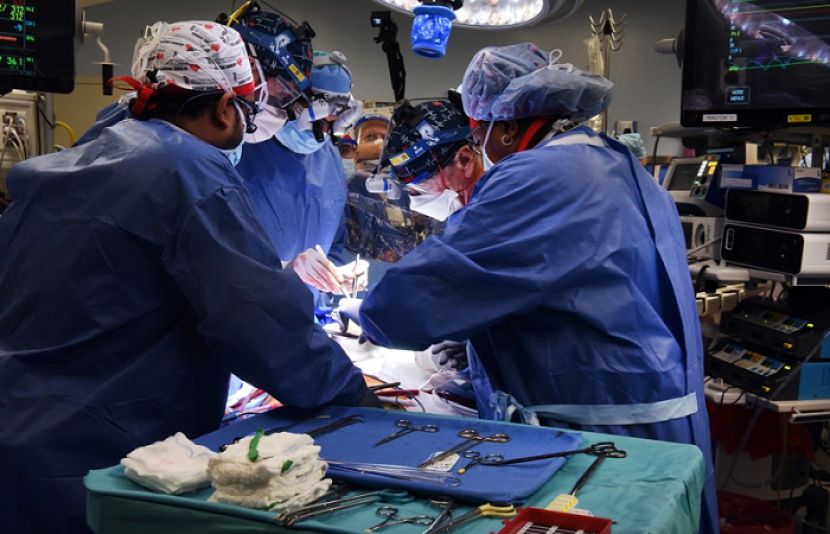 This is the second time this year that doctors have successfully completed such a transplant. New York University specialists performed the transplants on June 16 and July 6, 2022.

These hearts were implanted in 2 people who had already been declared mentally dead.

For the transplant, 10 genetic changes were made to the heart of the pig, of which 4 were made to block the genes of the animal and 6 were made to add human genes, so that the patient’s body would not reject the heart.

After the surgery, the researchers monitored the patients’ heart functions for 3 days and then declared the operations successful.

They discovered that the heart was working in a healthy way and that there were no signs of rejection by the body. Tests also showed that no viral infection was found in the human body after the transplant.

Dr. Robert Montgomery, chairman of the Grossman School of Medicine at New York University, said that usually a virus is transmitted to the human body along with the organs, but our screening did not detect it.

Details of both operations were released July 12 by New York University.

But the patient died two months after the transplant. Dr. Mansoor Mohi-ud-Din of Pakistani origin was also part of the team that operated on David.

In an exclusive interview with Geo News on the occasion, Dr. Mansoor had said that “in the initial experiments, a monkey’s heart was implanted but it did not prove to be useful. However, the experiment on pigs was useful.”

He said: “We examined all the animals to see which one was closest to man. In the beginning, the heart of a monkey was implanted, but it did not prove to be very useful. Come on, there are other reasons why we did all the research on pigs.

He said that a pig heart transplant in a patient cost PKR 17.5 million. In this regard, Dr. Mansoor said that “the cost is high due to the initial experience, but there is no need to worry about the transplant.”

9 deaths in one day due to Corona in Pakistan