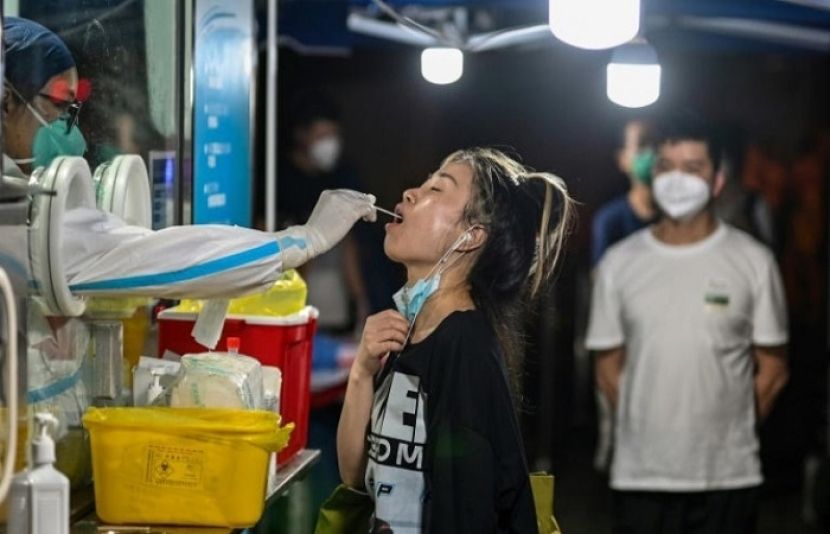 The head of the World Health Organization, Tedros Adhanom Gabrieus, has warned that new waves of the corona virus once again show that the corona epidemic is not near the end, and that as its spread increases, we must be vigilant immediately.

The head of the World Health Organization, Tedros Adhanom Gabrieus, said he was concerned that the number of coronavirus cases was rising, putting further pressure on the health system and health workers.

The number of corona cases reported to the WHO has increased by 30% in the last two weeks, due to the subtypes of omecron variants and the removal of corona restrictions.

He told a news conference that with the increase in spread, governments would have to take effective measures such as wearing masks and improving ventilation.

“Subtypes of Omecron, such as BA4 and BA5, are leading to an increase in corona cases, hospital admissions and deaths worldwide,” said Tedros Adhanom.

“Surveillance for the spread of the corona virus has also declined significantly, making it difficult to assess the nature of the disease and the impact of measures to prevent it due to various variants,” he said. In addition, testing treatments and vaccines are not being used effectively.

“The virus is spreading unabated and many countries are not handling the burden on the health system to the best of their ability to deal with it,” he said.

Michael Ryan, the World Health Organization’s director of emergency affairs, told the meeting that recent changes in testing policies were an obstacle to detecting cases and monitoring the evolution of the virus.

The participants in the meeting said that the speed of evolution of the virus and the characteristics of the emerging species are uncertain and unpredictable.

The absence of measures to reduce migration increases the likelihood of new and stronger variants emerging, the meeting said.

Meanwhile, the European Office of the World Health Organization has proposed a second booster shot of the corona vaccine for the elderly and people with weakened immune systems. Corona cases have been on the rise since the end of May in most parts of Europe.

A second booster shot for people over the age of 60 has been suggested by the European Union’s health and medicine agencies.

In the past week, the number of coronavirus cases in Moscow has risen by 57%, according to health officials in the Russian capital.

Meanwhile, a small Chinese town has been locked down after only one case of corona came to light because Beijing’s tough strategy to prevent corona has had no effect on the epidemic.