A petition regarding the alleged abduction of Dua Zahra was heard in the Sindh High Court. Despite the court order, the police failed to produce Dua Zahra.

The court in its written judgment in Dua Zahra case said that IG Sindh Kamran Fazal submitted an unrealistic report which is rejected. The charge of IG Sindh should be given to a competent officer. Establishment Division should give its opinion on whether Kamran Fazal is eligible for this post or not. We think it is better to leave this issue to the administration.

Advocate General Sindh Salman Talib-ud-Din took a stand in the court that Dua Zahra is in Khyber Pakhtunkhwa. We raided but they left 20 minutes ago. Direct instructions should be issued to DIG Hazara. He is being assisted by the police. IG Khyber Pakhtunkhwa says don’t worry, we will give it in a day or two. Dua went out of our province from the beginning and she got married

The court remarked that how can we issue a directive to SSP Hazara? It is a matter of DSP and SHO level why it goes to IGs and DIGs of other provinces.

Justice Agha Faisal remarked that we thought that our jurisdiction was as far as the province was concerned. We are not looking for a terrorist. We are asking you to rescue a girl. What would we do if the police told us to go to Afghanistan?

Advocate General Sindh said that we are compelled somewhere in the proceedings on which the court remarked that you are the government, how can governments be compelled. Prayer is in Pakistan, you can’t recover.

Justice Muhammad Iqbal Kalhoro remarked that we are not satisfied with your performance and report. We are not saying that you are not working but the girl has not come before us.

Advocate General Sindh requested for one week respite, on which the court ordered to present Dua Zahra by June 3, saying that if you bring the girl by Friday, you can be saved. It will happen here and if it does not happen then show cause notice and action will be taken. 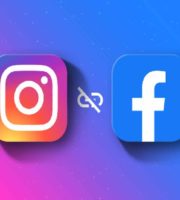 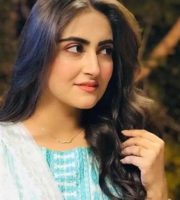