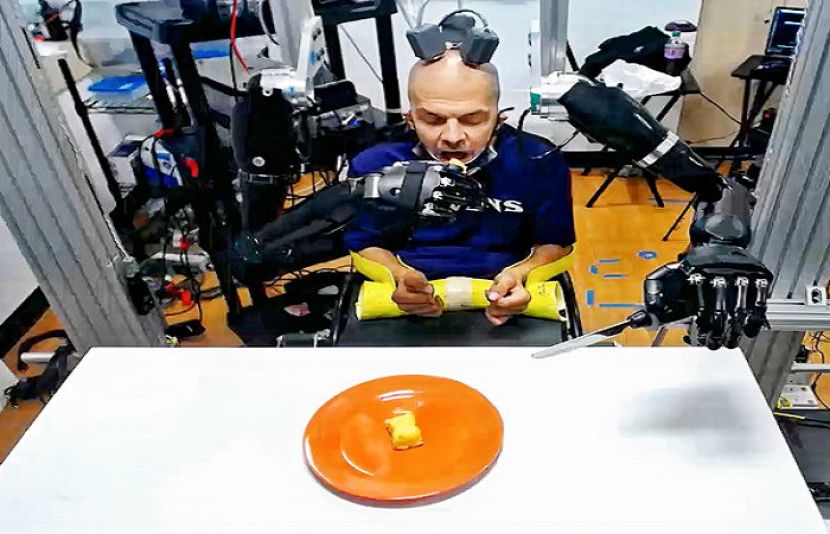 For decades, a man with a disability who had lost the sense of his arms was fitted with two robotic arms and connected directly to the human brain.

Scientists at the Johns Hopkins Applied Physics Laboratory (APL) in Laurel, Maryland, have been treating a person who has been deprived of the sense of hands and fingers for 30 years. Delivered and made edible. In this work he has done it for more than 90 seconds.

It should be noted that the patient kept thinking and moving the robot arm accordingly, the details of which have been published in Frontiers in Neurobiotics. The system included a brain machine algorithm and two robotic arms. The electrical signal from the brain was converted into the first command, which was transmitted to the robotic arm.

The invention involves 15 years of research in key areas such as neuroscience, robotics, software and algorithms. It was funded by the US defense research institute DARPA, which has come up with new research on the combination of brain and machine, which is commonly called ‘brain machine interface’.

Previous articleChina is Pakistan’s best friend and China has stood with Pakistan in every ordeal, Shahbaz Sharif said
Next articleCommon features of human and octopus brain genes
RELATED ARTICLES
Technology