The toughest competition to play football on the hill 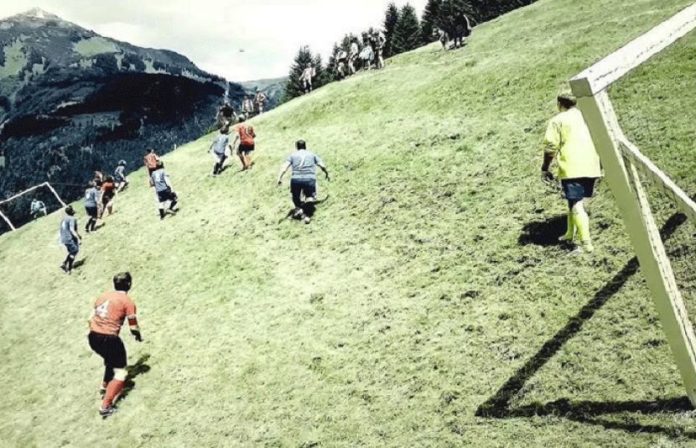 There is a football field in the world which is built on a very low hill and on this slope the players play and score goals.

Dubbed ‘Extreme Alpine Football’, the seemingly impossible game is played on the slopes of the Austrian Alps, and was launched in 2014 with a twist on straightforward football.

Since the Alps have no flat surface, a new type of football emerged which is still contested today, with teams finding the most difficult hills to camp on.

The rules and rules of this game are same as normal football which is considered but it requires a lot of strength and stamina.

In extreme soccer, the ball is repeatedly rolled down to be brought up again.

Previous articleImran Khan gave a protest call against the Election Commission at 6 pm
Next articleDollar continued to decline, reaching the level of 223 rupees in interbank
RELATED ARTICLES
Entertainment News

Elon Musk wants you to read this book too