I recently purchased a second-generation iPad Pro as a laptop replacement. And once I got acquainted with the operating system, the iPad quickly became my go-to device. I received a Bluetooth mechanical keyboard shipped from Hong Kong (Royal Kunk RK61). The idea is to pair it with a Bluetooth mouse and then use the iPad as my workstation on the go.

We’ll see how well it performs in a month or so. For now, let’s take a look at some important iPad Pro tips and tweaks. I’m currently using iOS 12.4, but I’ve tried the iPadOS beta extensively. There are slightly different ways to these on both OS versions, so I’ll tackle both here.

This seems a bit strange. After all, Apple’s auto-brightness settings are meant to maintain ideal brightness levels, right? For general use, Auto Brightness is fine, especially when combined with True Tone. However, it will prevent you from fully enjoying one of the iPad Pro’s key display features: HDR support.

One of the main reasons I bought a Pro instead of the 2019 iPad Air is the Pro Motion 120 Hz display. If you thought the 60 Hz display was smooth, you’re in for a shock. The UI interactions feel unreasonably smooth. But it’s undeniably cool, the high refresh rate, coupled with the pop-out animations tended to make me feel a bit nauseous. Yes, you can get sick while using iPad Pro.

Thankfully, there’s a way to get the most out of Pro Motion without feeling the need to vomit all the time. Go settingsknock on accessibility. Then tap Motion. Here are the three major adjustments that are Reduce Motion, Prefer Cross-fade animations, and Limit Frame Rate.

Reducing motion and liking fade animations together makes animations more subtle, with more blur transitions. Limit Frame Rate limit the frame rate to 60 Hz. I recommend turning on the first two, but leave Limit Frame Rate off because that would defeat the purpose of Pro Motion.

If you’re still using iOS 12.4, the motion options are a bit harder to reach. Limit Frame Rate found under Display Accommodations In Accessibility. Reduce Motion has its own submenu under Accessibility.

3. Pin Widgets on the Home screen to access them more easily

I haven’t owned an Apple product in years. However, my last product was the iPad 3 that came out in 2017. I used a lot of Android devices, including Android tablets, during that time. One of the most convenient features that Google introduced is Newsfeed. You just swipe right from the home screen and you’re on the feed, yes Google AssistantNewspapers and weather are at hand.

Apple seems to have realized how convenient this is as it added its own newsfeed-like feature called Today View. iPadOS on Pro extends the functionality of Today View by allowing you to pin up to 3 Today View widgets right to your home screen.

These apps will sit next to the apps on your first home screen, so you won’t have to swipe further to reach them. To enable the feature, swipe right to Today View. Tap edit, then tap Keep on the Home screen. There is an important caveat here. Keep on Home screen won’t work if you’ve set the app icon size to Larger . We will come to the next adjustment.

Keep in mind that this is an iPadOS-exclusive tweak, so you won’t have access to this on iOS 12.4

4. Increase or decrease the size of application icons

The iPad has a lot of screens, so it makes sense to increase the number of app icons on each home screen. Previously, this number was limited to 20. With the larger screen iPad Pro, this makes very inefficient use of screen real estate. Thankfully, iPadOS has an option that lets you switch between 20 and 30 app icons per home screen.

To adjust this, you need to tap on Settings, then Display and Brightness. Then scroll down all and choose larger or smaller depending on what you need. Remember that the larger size will prevent you from pinning widgets to the home screen. I left it larger because I personally prefer the icons to be larger in size. But this is completely up to you.

Keep in mind that this is an iPadOS-exclusive tweak, so you won’t have access to this on iOS 12.4

5. Use Gestures to improve productivity

The second generation iPad Pro was one of the last iDevices to have a physical Home button. It has a great tactile feel to it. However, sometimes having to reach down and push it can be a bit unwieldy, especially if you’re holding an iPad in your hand. The latest iPad Pro has ditched the Home button entirely and uses gesture-based navigation instead.

The feature is also available on the second-generation Pro, and once you get the hang of it, gestures will quickly become your primary way of interacting with your iPad.

Let’s start with the easiest first. A full bottom-up swipe will simulate pressing the home button and will take you out of whatever app you’re using. However, a partial swipe takes you to the iPadOS dock. Dock is another very convenient feature that we will discuss here.

iPadOS Dock is more than just a quick app switcher

The new iPadOS dock has a lot in common with the dock in macOS. This aligns with Apple’s aim to make the Pro a laptop replacement and extender, making iPadOS more like a Mac. What’s special about the Dock is that it can be called no matter where you are in iOS. Just swipe up from the bottom of the screen. It’s a bit complicated because it’s the same gesture to show the home screen. Instead, to show the Dock, you only have to swipe up enough for the Dock to show up.

You can also use the Dock in full-screen games. Here, swiping up will bring up a tab. You’ll want to swipe a second time to open the Dock. I tried this in PUBG Mobile and found that doing so did not pause the game, allowing for a more seamless experience.

You can pin favorites to the left side of the toolbar. iOS adds recent apps to the right

You can pin your favorite apps to the left side of the dock by tapping and holding on the icons and dragging them there. iOS adds your most recent apps to the right side of the Dock. If the Dock were just a quick app switcher, it would be a semi-useful gimmick. But actually it’s much more than that. The Dock is the hub for making Split View, Slide Over, and Multitasking really work on iPad.

Much improved split view lets you get serious work done

Split View has been around on the iPad for a while now. This allows you to have up to two applications running simultaneously in their own Windows. iPadOS takes it a step further by allowing you to run multiple instances of the same app in separate Windows. My desktop workflow consists of Firefox with WordPress open in one window and another instance of Firefox open in another window for research. The Pro’s enhanced split view finally makes this possible on the iPad. You can open a Safari window to run this command and a second window open for browsing.

How do you enable Split View? Honestly, it’s a bit counter-intuitive. You cannot enable split view from the home screen when launching the application. Instead, you’ll first have to launch an app, then bring up the Dock. You then touch and hold the second app’s icon in the Dock, then drag it out, where it turns into a floating window. If you drag the window all the way to the side, you will get Split View. If the second app isn’t pinned to the Dock, and if it’s not in the Dock’s recent apps section, you’ll have to pin it or launch that app to bring it to the Dock.

I’ve been using the second generation iPad Pro for over a week. There was a bit of difficulty in the learning process, especially in terms of how gestures and multitasking worked. But now I’m pretty convinced that, without the Surface Pro – a hybrid with its own major limitations – the iPad Pro can replace a laptop as well as a tablet.

Did you understand more about How to Get the Most Out of Your New iPad Pro Tablet [Detail]? If you have any questions about the article, don’t hesitate to leave a comment below and if you know of some other methods that can solve this problem, we’d love to hear from you. 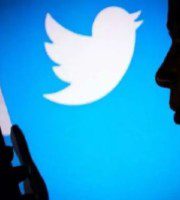 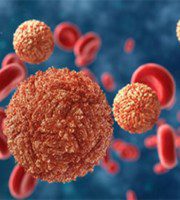 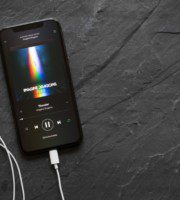